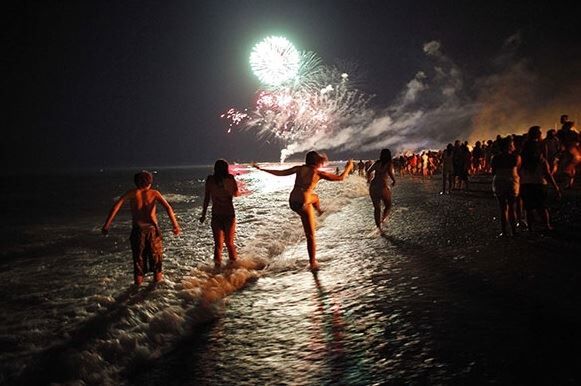 <– Return to the FIESTAS page

Celebrate the Summer solstice on the beach

The San Juan beach fiesta is usually held in Albir and elsewhere on the coast on the night of 23rd June, representing the summer solstice.

A central fire is usually lit (individual fires are now prohibited) to burn away the bad energies of the past year and cold sea water is used to give luck and to give happiness and health.

Thousands gather on the beach, there is a large communal fire and the Fire Brigade often show up to help douse down partygoers. At midnight, prepare to join other revellers in jumping seven waves, that way your luck for the next year is assured.

There is usually music and everyone brings drinks and food to have a late night party, followed by a mass dash to the see at midnight.

When does it take place: Usually on the night of 23rd June, which is San Juan/summer solstice.