Like the hit TV shows, “Whose Line Is It Anyways?” or “Saturday Night Live,” AlteArte will be hosting a show that is completely inspired by the audience with quick-thinking Improv comedy from award winning actor and improv comedian Sean Hancock! Get ready to laugh till you cry! One night only! You don’t want to miss out on this!

Price: 15€ advance ticket sales/20€ at the door
Seats are limited!

In June of 2016, Hancock won Best Actor along with 3 other awards with his team for Make It Count, an i48 short-film that he later adapted into a one-man show, One Deep Breath, that debuted in January of 2017 for the Idaho Laugh Fest. He has studied at the world-famous Groundlings School of Improv in Los Angeles, CA as well as The Upright Citizens Brigade and Comedy Sports, and performed a monthly improv show at I.O. West in Hollywood, CA. He has been seen on the front page of funnyordie.com, crackle.com, revver.com and youtube’s comedy page for sketch.

Hancock has traveled the world teaching and performing in over 10 countries including Edinburgh, Scotland at the world’s largest performance arts festival, The Fringe Festival. Sean also founded Monkey Butler Comedy UK, contributing to one of the world’s largest growing improv theaters and schools. 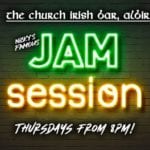 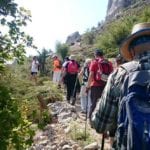 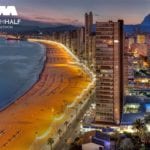